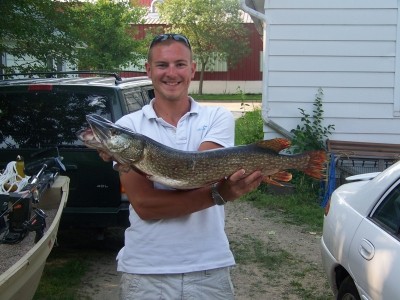 Another day out on the Mississppi River, Casting in about 10ft of water, thought I hooked a log 'til it stared pulling back then the fight began, 15 minutes later I landed it. I was fishing with a Musky Killer blade Hot Firetiger, and switched out the same color bucktail with a white and red bucktail Musky Killer.