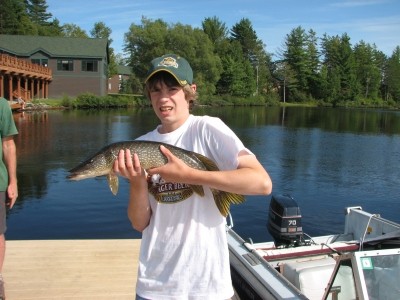 First day of using my new rod and reel. First cast.... bam I caught a pike (27 inch). So the next day I go out on a boat. I caught a bunch of bass. We get back to the dock and I go to the same place as yesterday and catch a pike a half of an inch longer. I can't catch pike from boats I don't know why. We go out in a a boat I caught a bunch of bass. Then we get back and I cast around and catch pike. That is the second time that has happend to me.