Walleye Caught by Chad with Mepps Giant Killer in Wisconsin 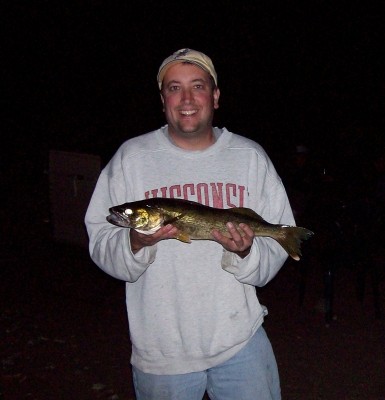 I was fishing for Muskies and had a few small northern's and one around 27" when I drifted into a little deeper area and hooked one but it felt different. As I reeled in the fish I was plesantly surprised to see it was a walleye. No slip bobbers or jigs needed just cast the Giant Killer for the nice walleyes.