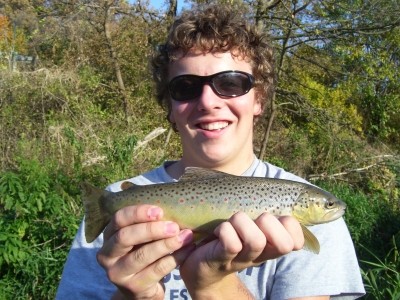 I was told by several people that there were no trout in this stream, but the conditions were so perfect for them, that I had to try. So, naturally, I reached for my Aglias, and sure enough, my second cast, I caught a nice brown trout! the next day, I went out, and ended up catching, and releasing 13 nice trout, proving a lot of people wrong!