Salmon Caught by Ryan with Mepps Flying C in California 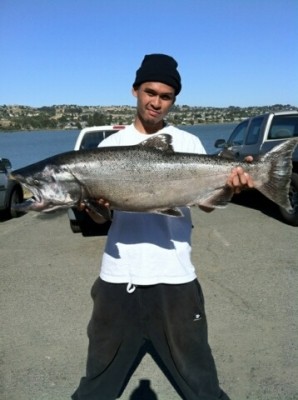 After about 30 casts, I casted out far, far out, and about my fifth or six crank since I have a high speed reel, I felt a fat smack to my spinner. Then, I felt as if it was a snag. I, then, set the hook, cranked down and set the hook again just to make sure the fish was on and not coming off. As I'm reeling in, I could feel the weight and I knew this wasn't a small one. After about 5 minutes or so, I landed the fish and measure it in about 25. Something pounds. This surpassed my biggest which was 22lbs last year.