Salmon Caught by Ted with Mepps Flying C in Alaska 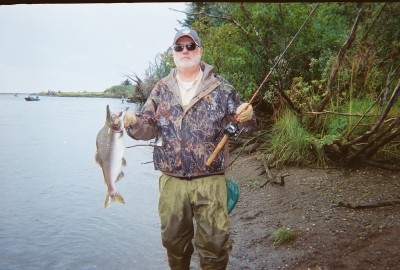 Several big 'Humpies' smashed the Flying C while we were trying to catch silvers. Some of these guys are very strong fighters even though not as big as some of the other salmon. Lots and lots of fun!