Pike Caught by Joseph with Mepps Musky Killer in Connecticut 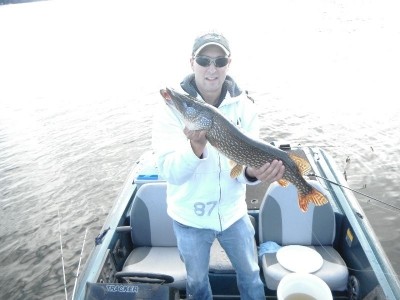 I started throwing the Musky Killer in the morning close to a nice weed area. I almost had the lure back to the boat and saw a big shadow following it in. So, I hurried up and tossed it in the same spot. As soon as it touched the water, slam, there he was hooked up for a fight. Fought him for several minutes before I couldn't even see him to net. Mepps never let you down, it was tough fishing until I tied the Musky Killer on.