Pike Caught by Justin with Mepps Flying C in Alaska 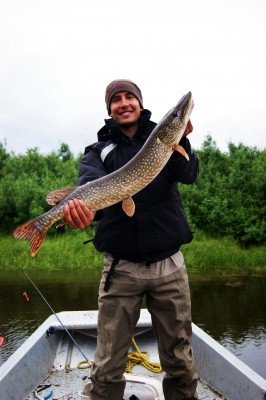 No Fish were safe during our trip to Alaska! In addition to the Salmon, Grayling, Trout and Shee Fish, we tore the Pike up on Flying C's as well. They took a beating with these Pike but continued to catch fish. It is hanging proud in the background!