Musky Caught by Lee with Mepps Giant Killer in Ontario 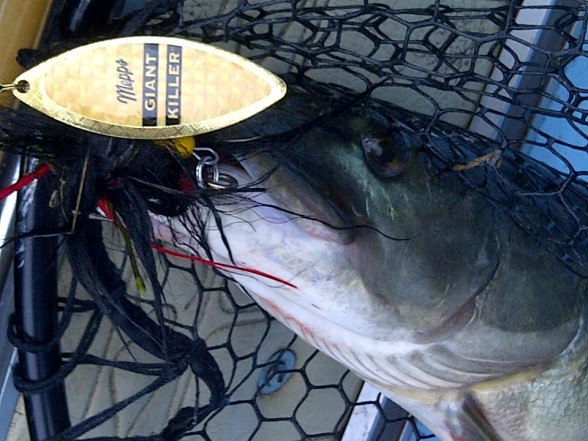 Overcast day, I was bored in the middle of the afternoon and decided to try my new Giant Killer bucktail lure. This was the first time I purposely went out to try and catch a Musky. Five minutes later, nailed an 8 lb Musky. Forty-five minutes after this one, caught another about the same size. The next day, took my wife out to try. Forty-five minutes in, nailed her first Musky also. This was awesome.