Musky Caught by Jerry with Mepps Aglia Long in Wisconsin 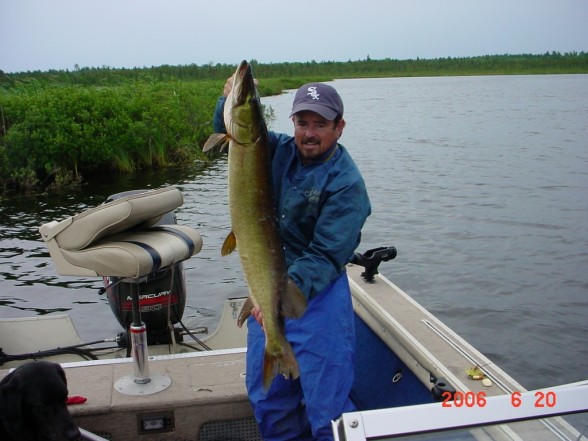 Went to my favorite spot. Drifting past a good point, I cast my Aglia Long across the point and was guiding my lure through the weeds. I saw a flash and I saw the musky hit! As soon as I felt the fish, I set the hook and the fight was on. I won! Thankfully, the musky was released.