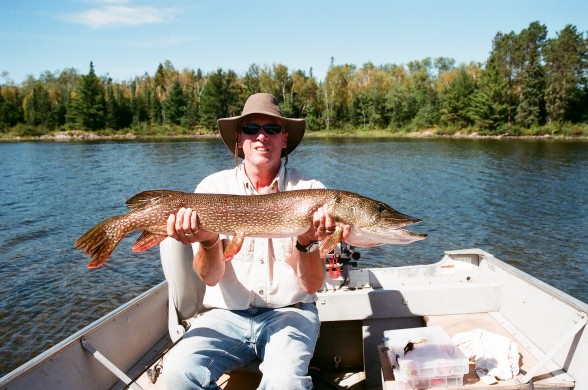 I was reeling the spinner back towards the boat when I looked down and there this pike was just sitting there about three feet from the boat just below the surface. The spinner was going by and was just starting to come out of the water when the pike just shot up out of the water taking the spinner. One of the coolest things to see. We took a couple of pictures then released him.