Pike Caught by Matt with Mepps Musky Killer in Canada 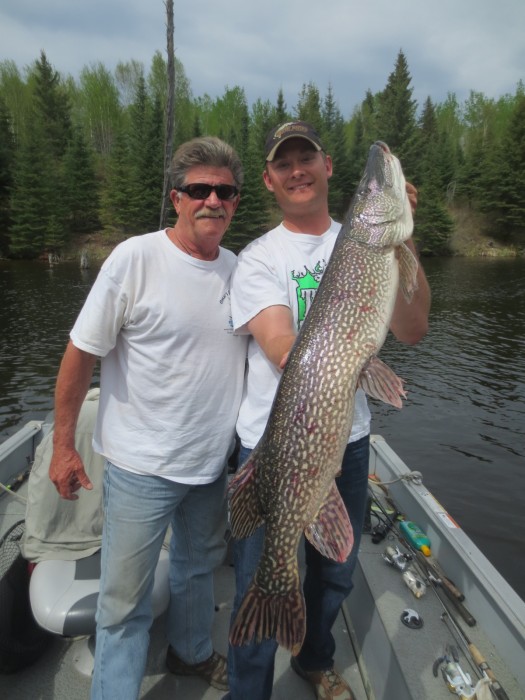 The picture is of my son Matt and our Guide (Brian Parker) out of Halley's Camps Kettle Falls Lodge on the English River System in NW Ontario. Matt and I were both casting Mepps Musky Killers. His was a silver blade with red tail, mine was a copper blade with a squirrel tail. We were in a small creek inlet. On his immediate retrieve there as a big swirl in the water, but the northern missed. A second later, there was another swirl and splash. Again, a miss. but about half way to the boat, he finally got it with a huge splash. Matt fought him for about 7 or 8 minutes as he took several "healthy" runs.

When we do our trips to Canada in the spring, our "Musky Killers" are our preferred northern baits. We've caught so many at times, that the "hair" is literally gone from our lures after a few hours of casting.