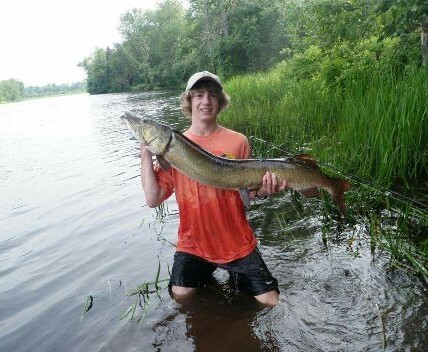 First day of musky fishing. Casted near an inlet stream and a huge wake came from the weeds. Thought it was like 30 inches at first. Netted it then it broke through the net and took off. Netted it again and jumped out of the canoe to grab her. Broke the spinner blade off! Fixed it now the lures hanging from the wall. Released the fish for the future of musky population