Pike Caught by Jason with Mepps Giant Killer in Minnesota 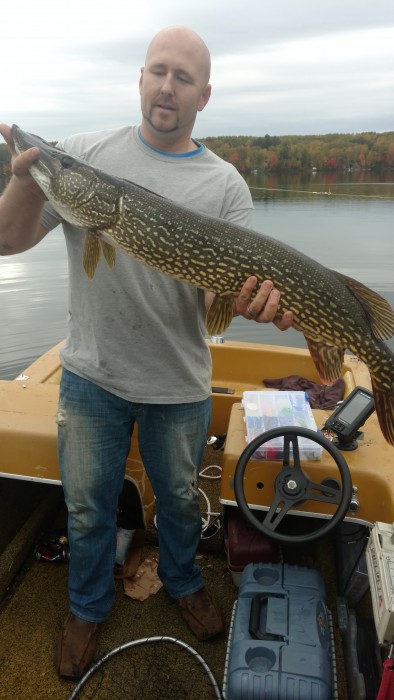 We have been in the process of starting a professional Angling team here in central Minnesota, but keeping everything hush hush until we found the right lures we wanted to represent. What better way to put the lure manufacturers to the test then to catch this Pike that has been eluding us for weeks. This monster had been following lures almost Everytime we were at the lake, never striking. Finally put on the chartreuse giant killer. Very first cast, straight retrieve to the boat, I saw a flash of white inches behind the lure, before I even had a chance to tell my fishing partner I think a big fish just missed my lure, she came back around and hit hard! She wanted it bad! Thanks Mepps!