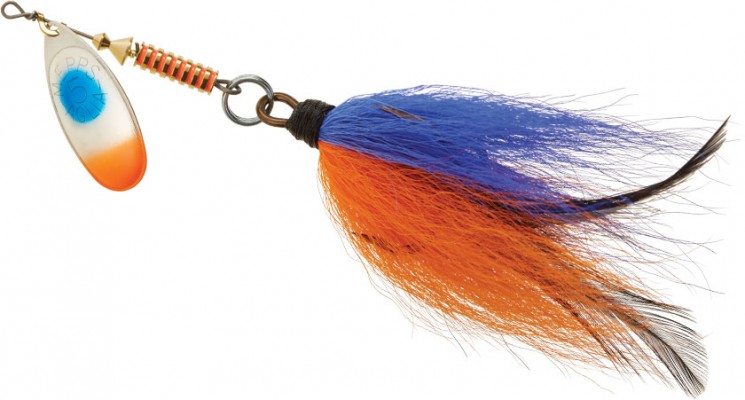 Each of the uniquely airbrushed blade patterns and two-color tail combinations are hand-crafted to mimic a natural food source that is sure to stimulate the appetite of any gamefish.

Musky season opens early on many shallow northern musky lakes, and fishing these cold waters can be the key to early season action. A slow presentation is needed, and the Musky Killer’s blade, like the blade on all Mepps spinners, begins spinning at even the slowest retrieve. Fish shallow bays and large flats of weeds early in the season with a Mepps Musky Killer.

In my opinion the Mepps Musky Killer is the most versatile multispecies fishing lure you can pitch. It is a perfect size allowing you to catch a multitude of different species.

While casting the Mepps Musky Killer Bait Series in Walleye color I was able to catch a Musky 40”, Pike 34” Smallmouth Bass 21” & Walleye 24.5” all on the same lake, in the same day on the same bait within 4 hrs of getting on to the water @ sunrise.

Do yourself a favor and try some of the new Mepps Musky Killer Bait Series color schemes. You won’t regret it!