All Comet Minos are carefully airbrushed to ensure realism. Their erratic swimming action makes them appear to be a wounded bait fish. 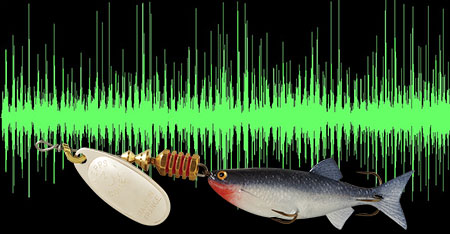 I want to tell Mr. Sheldon what a big fan of Mepps lures I have been for the last 35 years. Mepps outfish most other brands. I bought a ton of Mepps spinners and spoons and caught a lifetime of trout and salmon! Mr. Sheldon, I hope your company grows and reaches the entire world in your quest to satisfy millions of fishermen with Mepps! You make the number one spinners in the entire world, undoubtedly no one can dispute that! I've been using Mepps ever since adolescence and your lures never let me down! I hope you keep making more successful lures in the future and grow your business a thousand fold. Don't forget Syclops! Simply better than Pixees, no other spoon comes close to producing fish than Syclops. I wanted to send you a personal letter by mail, but I'm so busy with work, I hope this email reaches you safely. I just want to commend you for making the best trout and salmon lures in the world. Been using Mepps for 35 years and I'm a very happy customer! Thank you so much and I wish you much continued success!